Thanks for your submission!

Hear the latest about The Home Depot Rental 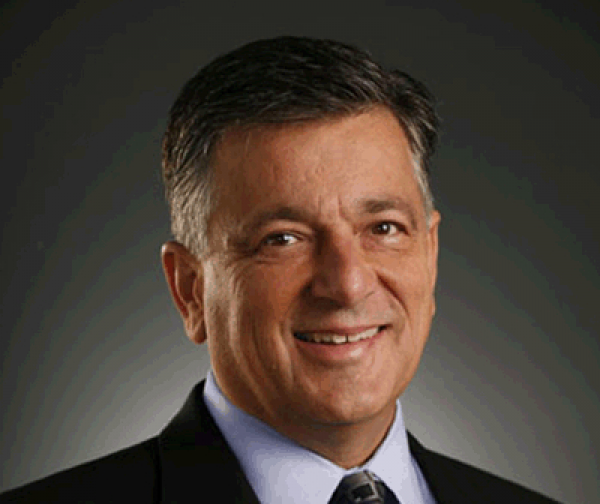 When Compact Power Inc won the deal to run rental stores outside Home Depot stores earlier this year it must have been a great moment for Roger Braswell.

"The Home Depot agreement gives me the opportunity to introduce that technology to a wide variety of end users", he tells IRN, "Now we have the opportunity to do that in a rental environment where there is traffic. It's exciting - it's the culmination of 14 years of effort."
That opportunity is the contract to run rental stores at 115 Home Depots in six US states - Texas, Oklahoma, North and South Carolina, Georgia and Florida - and the possibility of increasing that to as many as 250 in a second phase.

"The separation is invisible for the Home Depot customer", says Mr Braswell, "They could rent a sod cutter and a loader on the same ticket. They are still renting from Home Depot."
Progress in establishing the business is rapid; "We've now completed Stage 1, which was acquiring the Home Depot equipment. We're well on our way to redeploying and repairing that equipment, and by the end of the year we will have delivered the new machines."

Mr Braswell will not go into details about how much Compact Power Equipment Rental is investing in the venture, although he acknowledges that raising the funds - the majority coming from three US private equity firms, St Cloud Capital, Main Street Capital and Banyan Mezzanine Fund - was one of the main challenges, given the current business environment.

The progress being made comes after a long period of cooperation between Mr Braswell, Compact Power and Home Dept. Mr Braswell has been a supplier to the retail chain since 2001 (see box story) - developing trailer, compact machine and attachment combinations that fit with its customer base. This culminated in Compact Power Equipment Inc. suggesting the rental operation in October 2007, with the first pilot stores opened in April 2008 and seven eventually in operation (four in the Charlotte area and three in greater Atlanta).
Mr Braswell says these pilot stores quickly showed good returns; "We learned that we could build a business over time by taking care of the small contractors and DIYers. Provide information, advice, and a slightly broader selection of equipment [than the existing fleets]: there was a tremendous increase in revenues." In fact, he says revenues more than tripled, with larger fleets and new signage also playing a part.

Home Depot has been very successful in renting smaller equipment inside its stores, says Mr Braswell, "but managing their towable equipment has been difficult and getting the fleet mix right has been challenging. But they were adamant that they wanted to provide customers with the one-stop shop of materials, small tools and larger tools."

Compact Power Equipment Rental was running these trials at the same time that Caterpillar was piloting rental stores as Home Depot locations. Mr Braswell is not triumphant about winning the contract. He says the two rental models were simply different and that "Home Depot chose our model." The Cat Rental Stores were being run on a more autonomous basis and also had slightly larger equipment.
The strategy for Compact Power Equipment Rental's Home Depot stores is to target landscaping jobs with small contractors and homeowners. "It's a landscaping play", says Mr Braswell. The fleet will be a mix of skid steers, backhoes, mini skids, trenchers and larger stump grinders.
"We're also looking at a fairly broad list of other items that might work", although he is unwilling to provide details, with any additions subject to agreement with Home Depot. "It will be machines that small contractors and homeowners would use to improve the landscaping in their yard. That's the driver here", he says, "What you would use to improve a property, whether it's tilling, trenching, fencing or tree-planting."

Mr Braswell is unwilling to say what kind of rental revenues he is expecting from the first year of operation (Home Depot will take in the revenues and pay Compact Power Equipment Rental an unspecified "compensation"). However, he clearly sees an opportunity for the operation to expand further: there are around 2200 Home Depot stores in total and 1300 of these have some kind of tool rental operation, although of these approximately 900 are able to have an outside rental operations (for reasons of space or local restrictions).
Home Depot has said publically that it could envisage 250 stores in another year's time, and Mr Braswell is confident of the growth potential; "If we are successful, we'll look to grow it. We expect to be successful."

The launch of the new rental venture comes at a difficult time for the US economy, and more specifically for the construction and rental market. Does that concern him? "I am confident - that's a strong word, but here's why: one, our business in this area is less dependent on new construction than it is on re-modeling and landscaping. Most rentals will be for existing properties. Where we are, with Home Depot, has not been affected nearly as badly as the guys depending on new construction.
"Second, I've been in the landscaping business since 1968, and I've see people more and more focused on improving their environment, the aesthetics of their environment. It's a trend I don't see ending."

Ultimately, though, it is the link to a brand as powerful as Home Depot that is the big attraction. "We've tried a number of marketing methods - TV, newspapers, direct mail, internet, sales calls", says Mr Braswell, "But at the end of the day, we haven't found anything more efficient than having a good offer at the store...there's nothing better than being there."

He also thinks that Compact Power Equipment Rental and Home Depot will not hurt existing rental chains; "The business is not taken away from other rental companies. We're taking it away from the shovel. They come in to buy material and see there is a better way of doing it; we're creating a rental business that isn't there." That may be true in relation to the RSCs and United Rentals of the world, but the local ‘mom and pop' rental stores may well see things differently.

From his perspective, will it be difficult to switch from being a manufacturer and distributor of equipment to running a rental business? It doesn't sound like it; "We've been partners with Home Depot since 2001, so this gives us the opportunity to put into practice our ideas and what we've learned over the last 8 years, for both Compact Power and Home Depot.

"It's a different structure, but it's not a new thing", he concludes "For all of our people, it has been a very natural extension of what we've been doing for eight years."

Compact history
Roger Braswell was a landscaping contractor in the states of North and South Carolina when he spotted potential in an Australian made Dingo loader he saw at a trade show.
He started selling the Dingo in the US and then partnered with Toro in 1997, who still sell the Dingo range of compact utility loaders. Mr Braswell helped Toro establish itself in the Dingo market and then in 2000 formed PowerHouse Equipment, a Toro dealer.
PowerHouse starting selling compact loaders and other equipment to Home Depot in 2001. Mr Braswell then founded Compact Power Inc. and acquired the manufacturing rights to the Australian-made Kanga loaders - a competitor to the Dingo.

Compact Power Inc., based in Fort Mill, South Carolina, now sells loaders under the Compact Power and Boxer brands, as well as a range of attachments and transport trailers.

Tags: PRO, ceo, home depot, home depot deal
Back to Archive
Page of 1
Give us your feedback

Help us improve this website by providing your feedback.

The documentation within this section provides general safety information and operating instructions by equipment type. Specific controls, functionality and operating instructions can vary by brand, model and year. It is up to you, the operator, to ensure your own safety. This documentation is secondary to the manufacturer’s instructions provided to you within the operations manual located on each machine. If an operations manual is not available on the machine, please contact our 24/7 Customer Care Center at 1-888-COMPACT. The manuals can also be viewed and downloaded from our website at the following address compactpowerrents.com/manuals-specifications.

Product specifications and prices are subject to change without notice or obligation. The photographs and/or drawings in this document are for illustrative purposes only. Refer to the appropriate Operator’s Manual for instructions on the proper use of this equipment. Failure to follow the appropriate Operator's Manual when using our equipment or to otherwise act irresponsibly may result in serious injury or death.

Get the latest promotions, news, and project tips for DIYers & PROs.

Thanks for your submission!

Sorry, but we ran into a problem. Please try again.